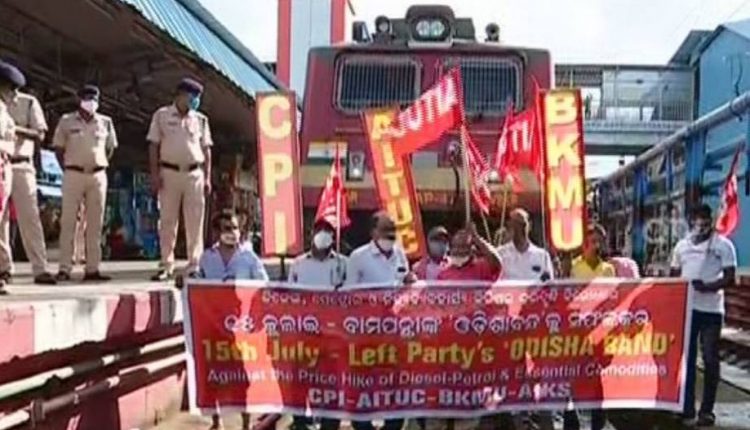 Bhubaneswar: A 6-hours long Odisha Bandh over the rising prices of fuel and other essential commodities was launched by the Left parties & Congress today.

In protest against the price rise, the left parties including CPI, CPI(M), Forward Block, CPI-M Liberation have called for the State-wide bandh.

The Left parties have appealed to the people of Odisha to lend support to the shutdown for putting pressure on the government.

The left party supporters were also seen picketing on the city roads.

Reportedly, the Home Department has directed collectors to ensure maintenance of law and order.

In a letter to collectors, Special Secretary (Home) Santosh Bala has stated that all preventive measures must be taken to maintain law and order and maintenance of essential services.

It is worth mentioning that, the Congress party in Odisha has also launched state-wide protests against the hike in the prices of fuel and other essential commodities from today. The protest will continue till July 17.

13 Killed In Attack On Bus In Northwest Pakistan