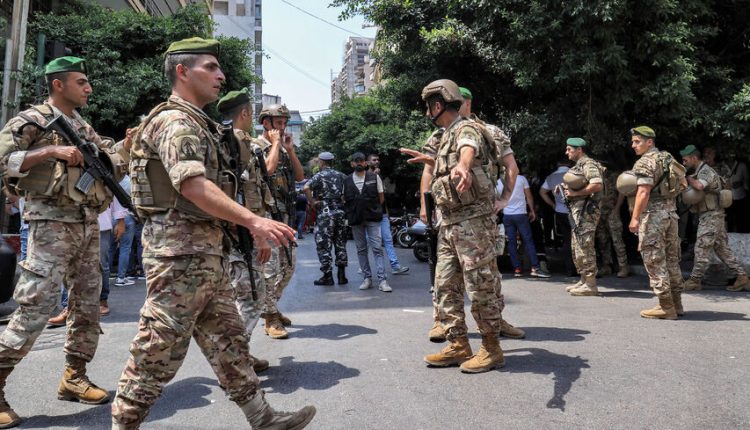 Beirut: A man armed with a shotgun is holding staff hostage at a bank in crisis-hit Lebanon’s capital, Beirut, threatening to set himself ablaze unless he receives his trapped savings, according to a security official.

The 42-year-old man is in a bank in the downtown neighborhood of Hamra armed with a gun. He is holding the employees in the bank and is demanding he be given his deposit of $210,000. The man has allegedly threatened to kill himself and the employees, according to Lebanon’s official National News Agency.

The bank manager tried to negotiate with the man, but he then fired two shots. The man also mentioned his father had to go the hospital recently but could not afford to pay for the care, according to the agency.

Authorities were attempting to negotiate with the man, as army soldiers, police officers from the country’s Internal Security Forces, and intelligence agents surrounded the area.

Banks in Lebanon, which is suffering from the worst economic crisis in its modern history, have implemented strict withdrawal limits on foreign currency assets, effectively freezing the savings of many citizens, Al Jazeera’s Zeina Khodr reported from outside of the bank in Beirut.

The crisis has left two-thirds of the population living in poverty, but foreign governments have avoided investing or bailing out the cash-strapped country without commitments to reforms to address corruption.