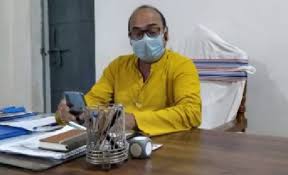 Koraput: After two corrupt BDOs and one JE were sacked from service, the State government also placed Koraput’s Laxmipur BDO under suspension on charges of corruption.

The State Revenue and Disaster Management Department issued a letter regarding the dismissal of Dillip Kumar Pattnaik, BDO of Laxmipur in the district.

Patnaik was earlier suspended and issued show cause notice on the corruption charges. However, he reportedly didn’t submit his response even after repeated notices. Later, the department finalised to dismiss him from the government service.

This apart, the Jharigaon block Junior Engineer (JE) was also suspended for alleged irregularities in the construction work.

Chitrakonda BDO Lariman Kharsel was also suspended for alleged misappropriation of money entitled for the construction of toilet in Malkangiri district.