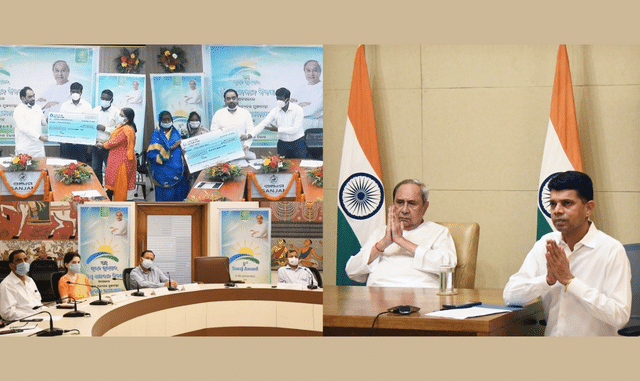 The Suraj Award is being given since 2020 for the donation of life-saving organs like heart, kidney and liver. This is the third Suraj award this year. In 2020, the parents of brain-dead Suraj Behera of Ganjam saved six lives by donating his six vital organs. In the very same year, Chief Minister Naveen Patnaik launched the Suraj Award in his honour.

Stating that the society is indebted to the parents of both Sushil and Siddhi Samruddhi, the Chief Minister called on to create a beautiful society by doing good deeds and inspiring others.

The Chief Minister said that organ donation has brought hope to many families. Saving another’s life is the greatest act of all. Organ donation is a brave and courageous decision. He said that the sacrifice of families coming forward for donating organs of deceased members is incomparable.

OLA Speaker Bikram Keshari Arukh and Health Minister Naba Das also gave their keynote speeches and praised the sacrifice of Sushil and Siddhi’s families. They said that this great work of theirs is an example for society.