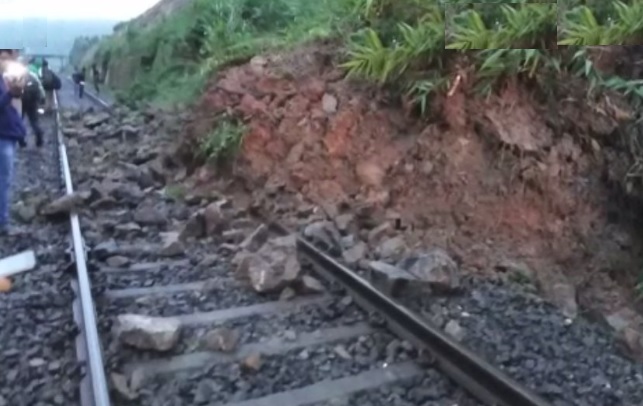 Rayagada: A landslide triggered by incessant rain near Sikarpai railway station in Rayagada district has disrupted train movement on the route.

Reportedly, Samaleswari Express has been halted at Sikarpai railway station following the incident.

On being informed about the incident, senior officials reached the spot and took stock of the situation. Meanwhile, efforts are underway to remove the debris from the track.