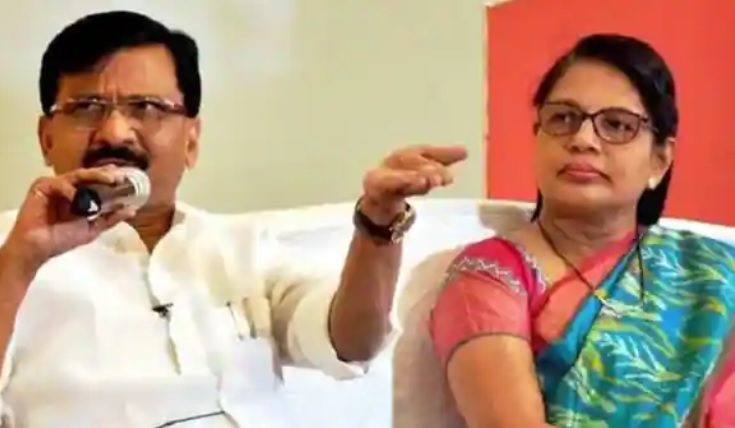 Mumbai: Shiv Sena MP Sanjay Raut’s wife on Saturday arrived at the office of the Enforcement Directorate in Mumbai as she was summoned by the agency in connection with the Patra Chawl land case.

On Thursday, the Mumbai court extended Sanjay Raut’s custody till 8th August in connection with the case.

Earlier in April, the Enforcement Directorate had attached assets worth more than Rs 11.15 crore of Shiv Sena MP Sanjay Raut’s wife and two of his associates in a money-laundering investigation linked to certain land deals.

The Shiv Sena leader was summoned by the probe agency on July 27 after he skipped an earlier summon citing the ongoing Parliament session in Delhi.