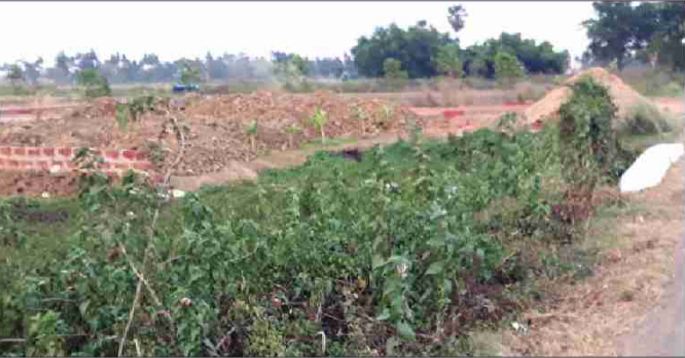 Khurda: In fresh reports of land grabbing, a man has been allegedly attempting to arrogate the area near PMGSY road under Balianta tehsil in Khurda district by covering culvert’s end with soil.

Reportedly, the locals alleged that, the clogging of the culvert have led to various problems regarding cultivation of crops. The rain water harvesting is also affected due to the blockage of culvert.

The drainage of rain water through the culvert has also been hindered by the alleged illegal activity.

Irate with the situation, locals have threatened to take to the streets of the matter remained unsolved. Besides, a complaint will be lodge at Khurda district collector, Bhubaneswar sub collector, assistant engineer and Balianta tehsildar regading the same.

A strict action will be taken  and a case will registered against the accused, water department incharge said.