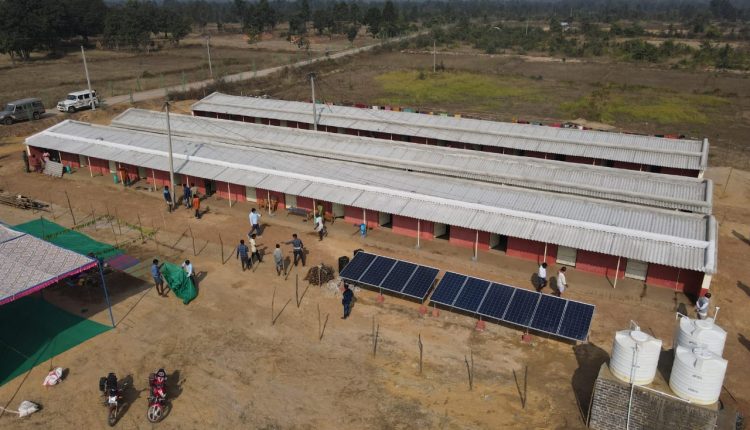 Lambipali is a forest village situated inside Debrigarh Wildlife Sanctuary. In the year 1908, village Lambipali was established to provide labourers for departmental working and also few labourer’s migrated to the village from outside in search of shelter.  The residents of Lambipali village were living in extreme conditions without road connectivity, drinking water, facilities for health and hygiene as they were placed far from other human settlements. Due to the high density of wildlife population at Debrigarh i.e like Samber, Deer, Wild Boar, Bison, etc the villagers were unable to do cultivation of paddy or any other crop in fear of depredation and financial loss. Young men normally move out in search of permanent or seasonal employment.

In the month of August 2021, Hirakud Wildlife Division conducted a series of community mobilisation to intimating the villagers about the State Govt. policy on village relocation in which every eligible family is entitled to get 15.00 Lakh compensation, 10.00 decimal of Patta Land, Pucca Ghar beside road, electricity, water facilities, and other basic amenities of life by different convergence programme going on in District.  On the 25th of August,2021, all the residents of Lambipali expressed their willingness in Gram Sabha for relocation to outside Sanctuary where they can avail basic facilities of life.

During the month of September 2021, the District Level Committee of Bargarh District conducted a survey in Lambipali and 42 numbers of families with about 80 people were found eligible for relocation and for getting the benefits of the relocation package. The villagers under the supervision of the Forest Department and District Administration completed the relocation colony within one month period and the entire village shifted to the colony on 17th December 2021. 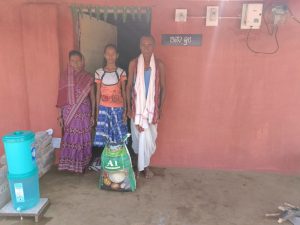 Facilities in Relocation Colony: Each individual family have shifted to independent rooms in the colony. The relocation colony has been constructed by the Hirakud Wildlife Division where the villages of Lambipali have worked as masons and labourers. Community toilets have been constructed for the entire village with a separate bathing ghat for women. Water facilities have been created and every household has been given a water filter. Proper drainage has been ensured.

The relocation colony is a semipermanent structure with bricks and cement. Every house in the colony has been given personalized nameplates. A permanent community hall construction is under progress which will have library facilities for children and women.

After leaving their village, the villagers of Lambipali in their new relocation colony organized a “Parichaya Parba” and “Bandhu Milan Utsav” on 17th December 2021 and invited the 2-neighbouring residents of village Tangerpali and Kantal.

Way ahead: For successful completion of relocation a District Level Committee is functioning at Bargarh District Collector and DFO, Hirakud Wildlife Division as Member Convenor for relocation of villages from Debrigarh. All officials of electricity departments in the District are members of the Committee and all are working together to provide all required facilities to the relocated families. While staying in the present relocation colony the villagers themselves will construct their own Pucca Ghars already allocated to them by Government on their Patta Lands of 10 decimals. Every household will be provided with road, electricity, drinking water, drainage etc. The children will attend the Anganwadi and school at Kantal. Earlier they were devoid of these facilities. Formation of women SHG’ is under progress.

Every family of Lambipali decided to restore Rs 14 Lakh as a fixed deposit in their name from which they will get more than Rs.6000/- per month as an interest amount which is adequate for their family maintenance. Besides this, within a year with the help of the District Administration, they will complete the construction of their permanent village colony with all facilities.

Other Relocations in Bargarh District from Debrigarh– 3 habitations inside Sanctuary i.e Kurumkel, Rengali & Bhutli are under the process of Relocation which is situated deep inside the Sanctuary and deprived of all basic facilities. The Temporary colony work is under process and all villagers have joined hands to complete work within a month and are ready to shift.

Debrigarh Sanctuary in Bargarh District adjoining Hirakud Reservoir is the only Sanctuary where wildlife sighting is very high and density of Schedule 1 Species is also high. Hirakud is the lifeline of the Sanctuary and hundreds of animals and birds are seen near reservoir during summers & winters. Debrigarh is also a heaven for migratory birds every winter.

Another Man Beaten To Death For Alleged Sacrilege Attempt In Punjab

One Killed As Brick-Laden Tractor Overturns In Kandhamal