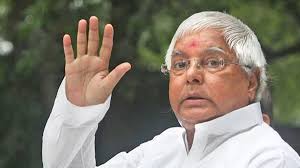 The ailing 73-year-old politician was earlier sentenced to 14 years in jail in four other cases related to Dumka, Deoghar and Chaibasa treasuries. He was out on bail. A sixth and final case, pertaining to fraudulent withdrawals from Banka treasury in Bihar, is still under trial.

Lalu, who was present in the court, was taken into custody after special judge S K Sashi fixed February 21 for arguments on quantum of his sentence. The court acquitted 24 of 99 accused who faced trial in the case.

Manipur: Another Landslide Hits Near Noney