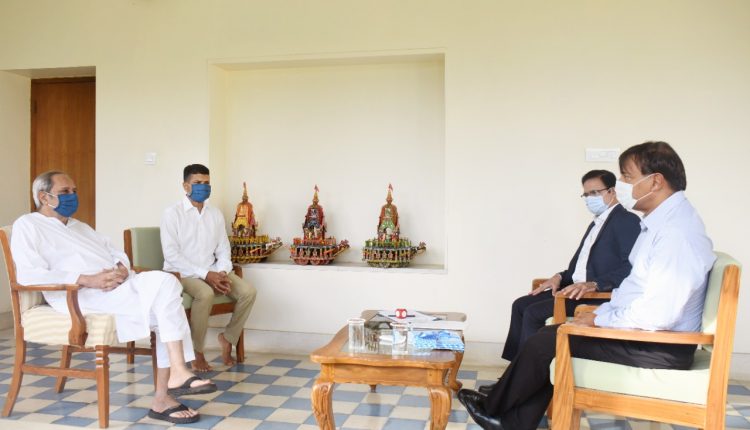 According to officials at CM’s residence, Naveen, during the meeting, asked Mittal to expedite the company’s project in Odisha and assured all support for the speedy implementation of the project.

The meeting, the second in the past six months, lasted for an hour during which Mittal discussed the company’s proposed steel plant project at Kendrapada with the chief minister, officials said.

Mittal thanked the chief minister for all cooperation extended by the state government for the proposed steel complex and jetty project, officials added.

On March 4, ArcelorMittal Nippon Steel India has signed a memorandum of understanding (MoU) with Odisha government for setting up a 12 million tonne (MT) steel plant in Kendrapada district with an investment of Rs 50,000 crore.

ArcelorMittal had indicated its intent to set up greenfield steel operations in India in 2005 and 2006 as well when it had inked MoUs with Jharkhand and Odisha for setting up a 12 MT steel plant each in the two states. But lack of clearance on land and lack of assurance on supplies of key raw material iron ore prevented the company from realising its investment plan.

The existing MoU in Odisha, which was signed in the presence of Chief Minister Naveen Patnaik and steel tycoon Lakshmi N. Mittal in Bhubaneshwar, has given a leg up to the bullish plan of the company to have both greenfield and brownfield steel operations in India.