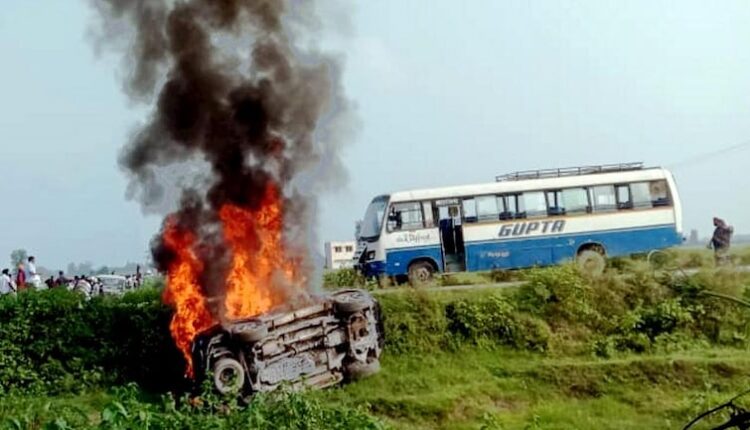 Lakhimpur: A court here on Tuesday framed charges against Ashish Mishra, son of Union minister of state (home) Ajay Kumar Mishra, and 13 others in connection with violence in Lakhimpur Kheri’s Tikunia.

The 14th accused in the case, Virendra Shukla presently out on bail will be prosecuted for attempting to erase evidence under section 201 of IPC.

District government counsel (criminal), Arvind Tripathi, said: “The ADJ-I court framed charges against all the 14 accused in FIR number 219 lodged in connection with the Tikunia violence. All of them, barring one Virendra Shukla, who is on bail, were produced in court on Tuesday through video conferencing and the charges against them were communicated.”

The court fixed December 16 as the next date for the prosecution to produce evidences against the accused, he said.