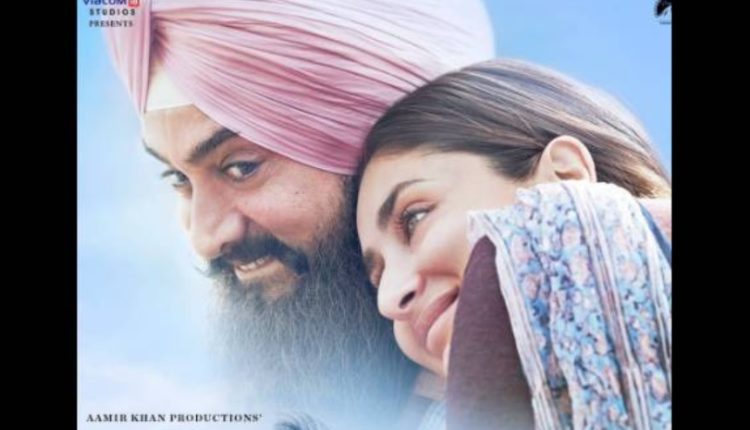 The song titled Kahani has been composed by Pritam, Amitabh Bhattacharya.

Releasing the song on a radio station, Aamir said a song deserves to be heard than just be seen with the help of visuals.

Aamir said that all songs from the film will be released in audio version, without any visuals. He shared the song on 93.5 FM.

Talking about the song, Aamir said, “I truly believe that the songs in Laal Singh Chaddha are the soul of the film and this album has some of my career’s best songs. It was a very intentional decision to put Pritam, Amitabh, the singers and technicians in the spotlight because not only do they deserve to be center stage but also the music deserves its due credit. I can’t wait to see how audiences react to the music that the team has poured their heart and soul into.”

The film is the official Hindi remake of Tom Hanks’ critically-acclaimed Hollywood film Forrest Gump and will release in theatres on August 11.

The film brings back the trio of Aamir, Kareena and Mona Singh after their 2009 blockbuster, 3 Idiots. It also marks actor Naga Chaitanya’s debut in Bollywood.

The film had been in the making for fourteen years. It was delayed multiple times due to various reasons, including the Covid-19 pandemic.