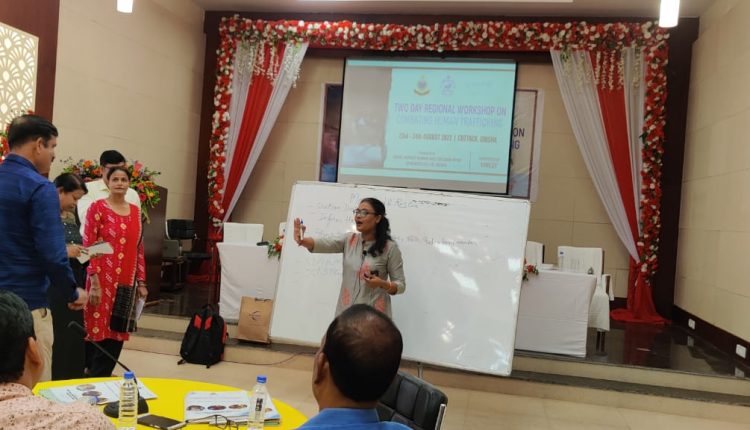 The training programme is part of the two-day workshop organized by the State Police department on “Investigation of Human Trafficking and role of Civil Society Organizations”. The central theme of the workshop is “Combating Human Trafficking”. As part of the training programme, KSCF experts conducted a session on mock raid and rescue and explained the role of civil society groups in the entire process.

The training involved interactive sessions on cyber security and mock drill on raid and rescue operation for better understanding of the various nuances involved in the issue.

The training programme was participated by senior inspectors, additional SPs and deputy SPs. The two-day workshop was led by the additional DGP and the two special wings of the state police – Crime Against Women and Children Wing. Crime Against Women specifically addresses issues of crime committed against women and children including trafficking.

JyotiMathur, executive director at KSCF said, “We as an organization remain firmly committed in building strong and durable safety network for children to spread awareness against trafficking”. “In order to strengthen the process we look to sensitize and involve government agencies, law enforcement agencies, parents, teachers and grassroots organizations to build a safe and child-friendly world”.