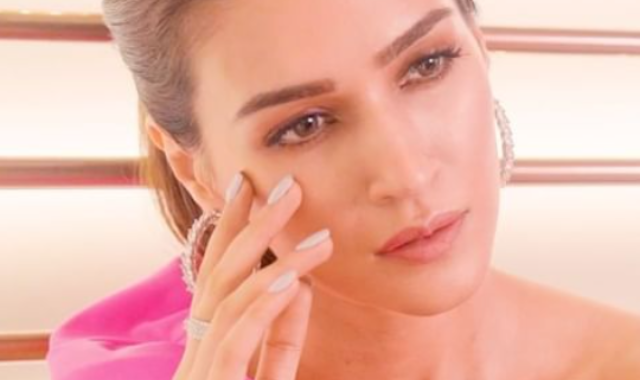 New Delhi: Kriti Sanon never failed to entertain her fans and followers through her films and reels. She made her debut in the 2014 film Heropanti alongside Tiger Shroff, Kriti has been constantly in the limelight.

Kriti Sanon took to Instagram and shared photos of her wearing a stunning pink-coloured ruffle mini dress. The Dilwale actress was shooting for her episode of the controversial gossip show Koffee With Karan. The actress captioned her post as, “Cotton Candy and some”

Have a look at the photos shared by Kriti Sanon on Instagram:

On the work front, Kriti Sanon is gearing up for the release of her magnum opus mythological drama film with Prabhas, Adipurush. The film is directed by Tanhaji fame Om Raut. Also, she is reuniting with her Luka Chuppi co-star Kartik Aaryan on Shehzada, her Heropanti co-star, Tiger Shroff, on Ganapath and her Dilwale co-star, Varun Dhawan, on Bhediya.