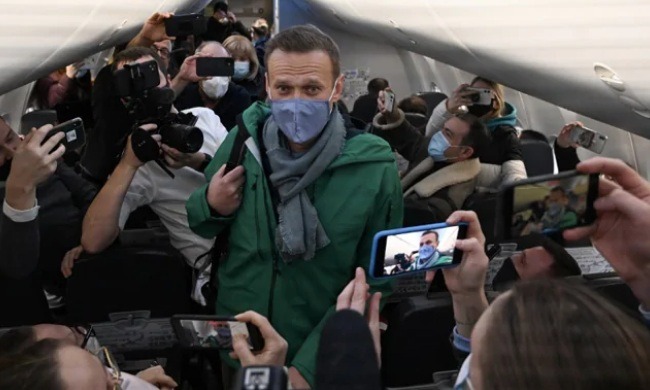 Moscow: Kremlin critic Alexei Navalny has been detained by the cops on his arrival at a Moscow airport after he flew home to Russia from Germany for the first time since his poisoning last summer.

Navalny was detained at passport control at Moscow’s Sheremetyevo airport less than an hour after he flew in from Berlin in defiance of warnings that he faced imminent arrest.

The move on Sunday, which could see Navalny jailed for three and a half years for allegedly flouting the terms of a suspended prison sentence, is likely to set off a wave of Western criticism of President Vladimir Putin.

His detention prompted immediate condemnation from the European Union and calls for EU sanctions against Russia by Lithuania.

Navalny was poisoned last August by what German military tests showed was a Novichok nerve agent, a finding the Kremlin rejects.

Navalny, one of Putin’s most prominent domestic critics, faces potential trouble in three other criminal cases too, all of which he says are politically motivated.