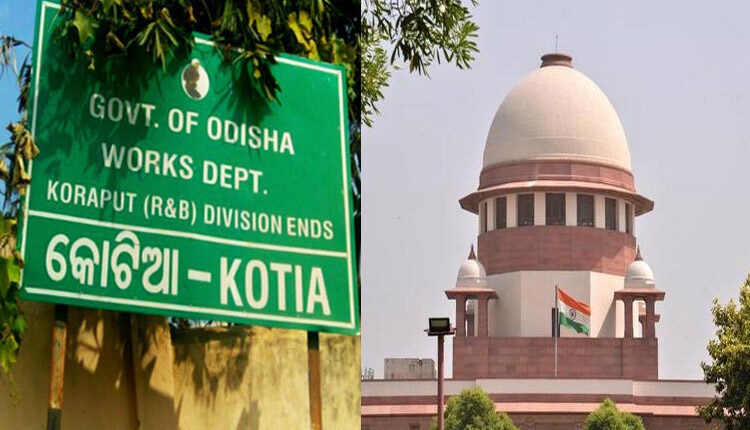 Bhubaneswar: In another development in the Kotia border dispute case, the Supreme Court has granted 4-week time to Odisha government to file reply after Andhra Pradesh government filed an affidavit claiming that it has been holding elections in the area since 1952.

All eyes are now set on how Odisha’s legal team focuses the research on collecting facts that will be favourable for the state government and help the administration to keep Kotia in Koraput.

As per available information, in a  reply submitted in the apex court by Vizianagaram Collector M Hari Jawaharlal in response to the petition filed by the Odisha Government, the Collector has stated that the three concerned villages, Ganjaybadra, Pattuchennuru and Paguluchennuru, fall under the Araku Parliamentary Constituency and the Saluru Assembly constituency of Andhra Pradesh. Lok Sabha and Assembly elections have been conducted by Andhra Pradesh in these villages since 1952 while panchayat polls by the AP Government were held in the villages in 2006 and 2013.

“It is most respectfully submitted that the petitioner appears to be raising a substantive dispute in respect of these villages in the guise of a contempt petition.

This Hon’ble Court has already, vide 2006 Judgment, categorically ruled that this Hon’ble Court does not have jurisdiction to entertain such matters. The petition is, therefore, grossly misconceived,” he has said and prayed the court to dismiss Odisha’s petition.

Notably, the border dispute between Odisha and Andhra Pradesh emerged as the latter included the three villages under its Saluru block and announced panchayat polls.

Woman Among Four Held For Ganja Smuggling In Sundergarh

India-China talks: 10th round of talks tomorrow on disengagement