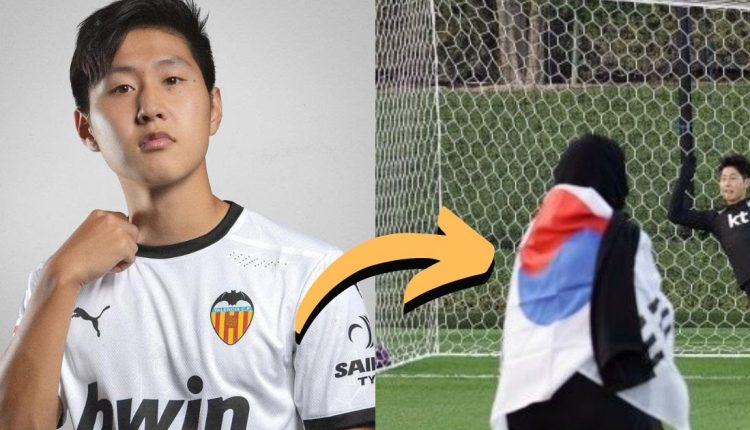 Qatar: Lee Kang In, a Korean soccer player, has become the internet’s new obsession after pictures of him at a FIFA soccer clinic went viral.

Lee playing in the position of a goalie while a Qatari woman tries to kick the ball into the net. When the ball approached him, a very dramatic Lee fell to the ground, unable to stop the goal.

After the disastrous defense, he then proceeded to sulk, lying down with a pouty face on a bench while the woman who scored the goal cheered.

The adorable interaction between the national football player and the woman, supposedly a volunteer, has won the hearts of netizens who couldn’t resist Lee’s charms.

Indian Student Killed After Being Hit By Truck In Canada