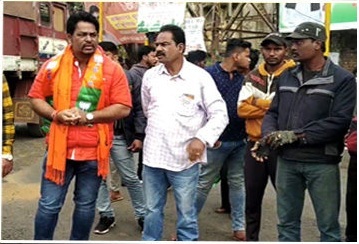 Koraput: The Koraput district BJP has called for a 12-hour bandh in Jeypore city on Thursday, demanding speedy justice for the gang-rape victim.

Shops and other business establishments remained closed during the bandh which started at 6 AM today and will continue till 6 PM.

Along with the demand to arrest the prime accused in the case, the members of the district wing of the Saffron Party has also met the family rape victim and consoled them.

Notably, on December 24, two miscreants allegedly gang-raped a woman after holding her husband hostage at gunpoint at their home.

Following it, the woman and her husband lodged a complaint with the police.

SDPO Arup Abhishek Behera had informed that the rape survivor was sent for medical examination and a case has been registered by Mahila Police in this connection.

The family of the woman has demanded immediate arrest of the two accused involved.