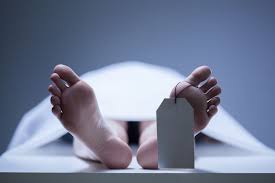 The deceased has been identified as Amit Kumar Sahu.

According to reports, Amit was admitted to the hospital three days ago as he was suffering from dengue. However, his health conditions deteriorated last night following which he succumbed.

Alleging medical negligence, the family members of the deceased sit on dharna in front of the hospital.

Angered by the death, relatives of the youth reportedly created ruckus in the hospital. On being informed, the local police reached the spot and pacified the irate people.