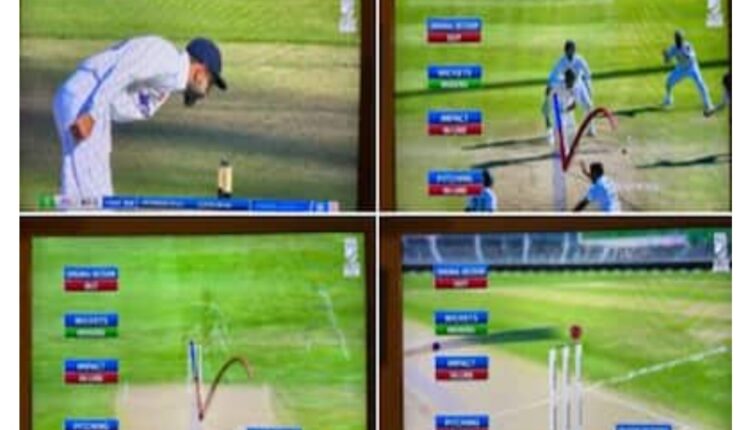 Cape Town: Virat Kohli lost his cool in the 22nd over of the third and final Test at Newlands when his opposite number Dean Elgar got a reprieve, thanks to the DRS.

Ravichandran Ashwin trapped Elgar in front and the umpire raised his finger as it look plumb. After giving it a long thought, Elgar opted for a review. The replays showed that despite the ball hitting Elgar below the knee-roll the ball was going over the stumps.

Kohli and his teammates did not mince words as they expressed their frustration over an overturned LBW decision that went in favour of Dean Elgar in the 21st over of the final innings of the fiercely-fought Test match at Newlands.

KL Rahul, the vice-captain, accused the third umpires of favouring the home side while Virat Kohli hinted that they are not being careful enough as Dean Elgar survived an on-field LBW call that has divided the cricket fraternity.

Dean Elgar and Keegan Petersen were putting on a resolute partnership as South Africa were steadily motoring toward the 212-run target in the final session on Day 3. However, Ashwin trapped Elgar in front and on-field umpire Marais Erasmus gave it out.

Elgar took a review but he did not look confident of overturning the decision. In fact, after the replays, Elgar started walking towards the dressing room as the ball pitched in line, its impact was in line but the wickets were missing as the ball-tracking technology suggested the ball would gone over the stumps.

R Ashwin, Virat Kohli and KL Rahul were not able to believe the ball-tracking technology as all three of them went up to the stump mic and made comments that they could have avoided.

“You should find better ways to win Supersport,” R Ashwin said, taking a dig at the broadcasters while KL Rahul said “the whole country is playing against eleven guys.” The broadcasters are responsible for the ball-tracking technology and it appeared that the Indian team team was accusing that they were manipulating the images.

Virat Kohli walked up to the stumps and said: “Focus on your team as well and not just the opposition. Always trying to catch people”.

Kohli did not take a review when Dean Elgar was hit on the pads after that incident as he made another comment.

“Going above the shoulder. DRS is hacked,” he was heard saying on stump mic.