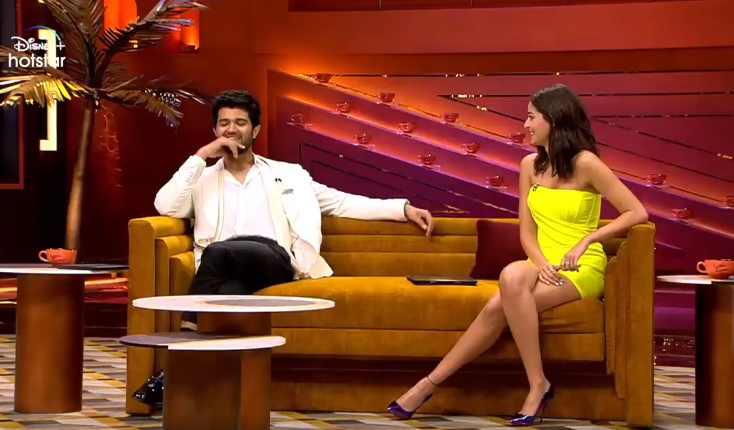 Koffee With Karan 7 Promo: Vijay Deverakonda Spill Beans About The Last Time He Had Sex, Watch

New Delhi: Vijay Deverakonda and Ananya Panday will be gracing the next episode of Koffee With Karan 7. Filmmaker Karan Johar has shared the show’s fourth episode promo and it has become the talk of the town.

Vijay Deverakonda is the second South celeb to mark his debut on the Koffee couch this season after Samantha Ruth Prabhu.

On the work front, Vijay Deverakonda and Ananya Panday are gearing up for their upcoming film Liger. The film is helmed by Puri Jagganadh, this sports drama is likely to hit the screens on the 25th of August this year. Liger is backed by Dharma Productions and Puri Connects. Also, legendary boxer Mike Tyson is making his debut in the Indian film industry with Liger. The project will be available in  Hindi, Telugu, Tamil, Kannada, and Malayalam.