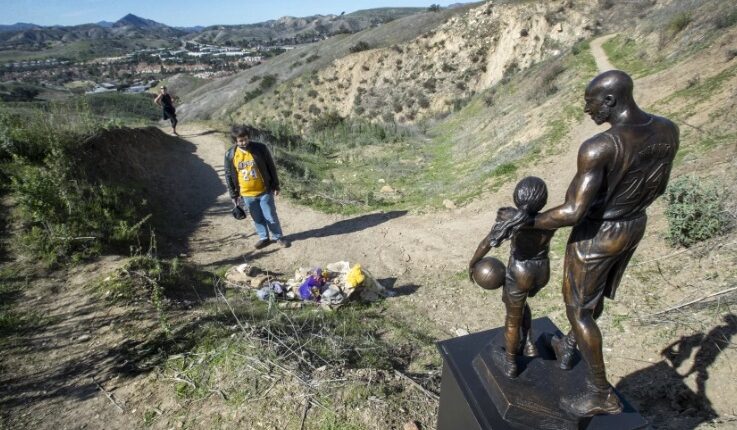 Washington: A sculpture of NBA great Kobe Bryant and his daughter Gianna “Gigi” Bryant was placed at the site of the crash where they perished alongside seven others on a hillside near Los Angeles two years ago.

The 160-pound (73-kg) bronze statue depicts the pair wearing basketball uniforms and sharing a loving glance as Gigi holds Kobe’s hand as it rests on her shoulder.

The crash that took the lives of nine people was eventually blamed on pilot error last February. Per the National Transportation Safety Board, the pilot, Ara Zobayan, likely became disoriented while flying in cloudy conditions.

A five-time NBA champion in his 20 seasons with the Los Angeles Lakers, Bryant’s death at age 41 shocked the world of professional sports and sent his legions of fans into mourning.

Gigi was 13 at the time of the crash, which occurred as they were headed to a youth basketball tournament.