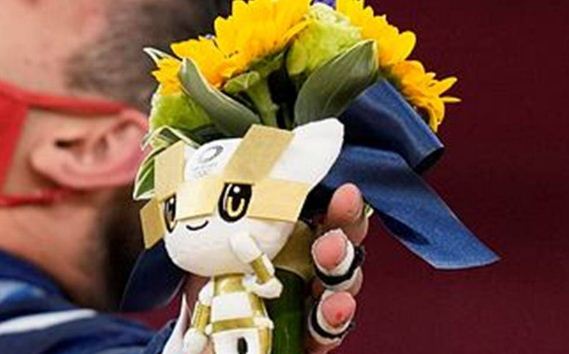 Know The Significance Of The Tokyo Olympic Victory Bouquets

New Delhi: The medalists are handed a beautiful flower bouquet along with the medal. But do you know that these bouquets also hold a deeper meaning? Scroll down to know more:

Reportedly, the Olympic victory bouquets are made of flowers grown in prefectures affected by the Tohoku earthquake and tsunami, which devastated the country back in 2011. There are sunflowers, gentians, eustomas, and Solomon’s seals. The blooms are sourced from the three prefectures of Fukushima, Miyagi, and Iwate, which are still undergoing recovery efforts to this day.

Each flower in the bouquet also holds a special meaning. In Miyagi prefecture, parents who lost their children have returned to the spot where the kids sought shelter from the oncoming tsunami and planted sunflowers in their memory every year. This touching story has also been commemorated in a children’s book.

In Fukushima, eustomas and Solomon’s seals are grown by a non-profit organisation that was established to aid the prefecture’s recovery when the production of agricultural products took a hit from the disaster.  Iwate prefecture is known for growing brilliant blue gentians, which are the same shade as the Tokyo 2020 logo.

Odisha Govt Offices To Function On Every Saturday Despite 2nd & 4th