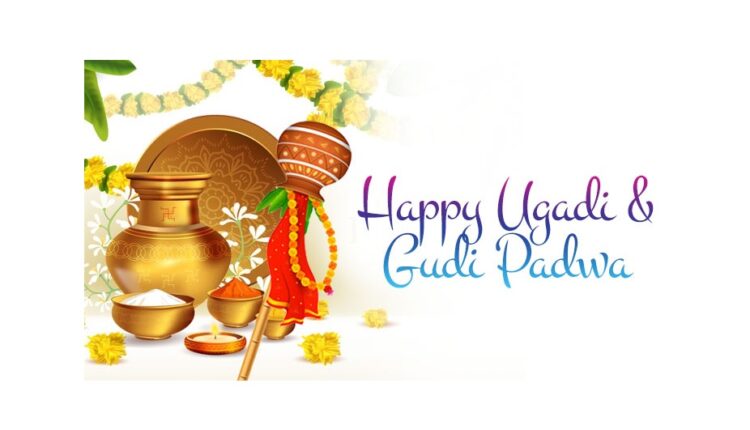 Mumbai: Both Ugadi, as well as Gudi Padwa, are celebrated on the first day of the year according to the Hindu calendar.

Gudi Padwa, also known as Samvatsar Padvo is celebrated by Maharashtrians and Konkanis as the first day of the Chaitra month as per the Hindu calendar. This year, the popular festival will be celebrated tomorrow amid the rising Covid-19 cases and the lurking lockdown in the state of Maharashtra.

The festival is celebrated with great enthusiasm as it holds a lot of significance. It is named after two words with ”Gudi” meaning the emblem or flag of Lord Brahma and ”Padwa’ signifying the first day of the moon.

People celebrate the occasion with the customary oil bath which is practiced as the day begins, following which they decorate their abodes and slip into new clothes. Rangoli comes as one of the primary attractions of the festive occasion and is made utilizing colours and flowers.

People also position Gudi which is considered as a symbol of victory at the entrance of their homes or on windows, following which they consume leaves of neem.

Ugadi: The festival which is also sometimes referred to as ‘Yugadi’ is one of the major festivals celebrated in the southern parts of the country including states like Karnataka, Telangana and Andhra Pradesh. Both Ugadi, as well as Gudi Padwa, are celebrated on the first day of the year according to the Hindu calendar. The name of the festival itself explains the meaning and significance of the festival. The term Ugadi consists of two separate words ‘yug'(era) and ‘adi’ (new beginning). Put together the two words are nothing but the beginning of the new age or era. Like most festivals of India, people express their happiness by wearing the newest of clothes, eating a plethora of mouth-watering dishes and greeting people in their over the top voices and laughters.