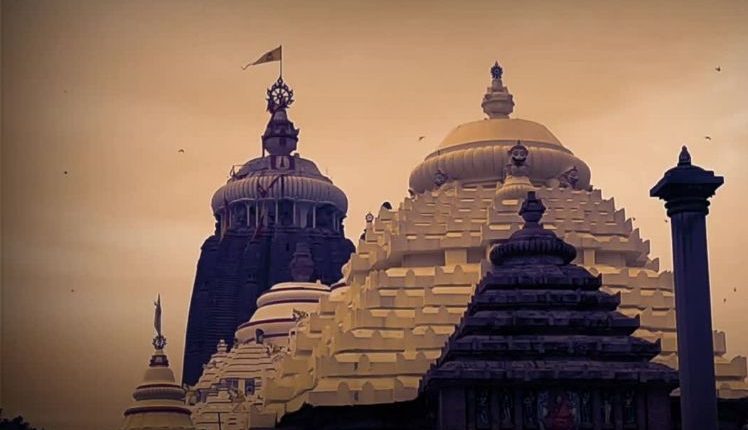 Puri: The Srimandir is considered as the holiest place and the permanent pleasure ground of the incorporeal supreme being.  There are four doors to enter this magnificent shrine located on a mythological blue mountain at Puri also known as “Sri Kshetra or Sri Dham” (holiest among the holy places).

The entrance doors of Jagannath Temple in Puri is also known for some mysteries that defy any scientific explanation. People believe these mysteries are actually blessings of Lord Jagannath.

The outer wall of Lord Jagannath Temple has gates openings for the devotees in the four directions. These four gates are represented by the four animals.

Eastern Gate or Lion’s Gate (Singha Dwara): This gate is the main door to enter the Sri Jagannath temple. The lion happens to be a special incarnation of the Supreme Lord to preach virtues in the world. The eastern gate of the shrine is known as Lion’s gate because the Sun rises from the east. Mainly this door is known as the door of devotion or moksha.

Western Gate or Tiger Gate (Vyaghra Dwara): The tiger is the symbol of desire. The statues of the tigers appear at the western gate. The saints and special devotees enter the temple through this gate.

Northern Gate or Elephant Gate (Hasti Dwara): The elephant is regarded as the carriage for the Goddess of wealth, Maha Lakshmi. As the symbol of wealth, the elephant is the symbol of the Northern gate. The Hastidwara or the Elephant Gate had on each side a colossal figure of an elephant, which is said to have been disfigured during the Mughal invasion. Subsequently, these figures were repaired and plastered with the mortar and placed at the northern gate of the inner enclosure. The sages and special devotees enter and depart through this gate.

Southern Gate or Horse Gate (Aswa Dwara): The southern entry point is known as the road of victory. There are two galloping horses with Jagannath and Balabhadra on their back in the martial glory. The emperors used to enter the temple through this gate seeking the Lord’s blessing to win the battles.

Round Shaped Samosa Recipe Will Add Flavour To Your Rainy Evening