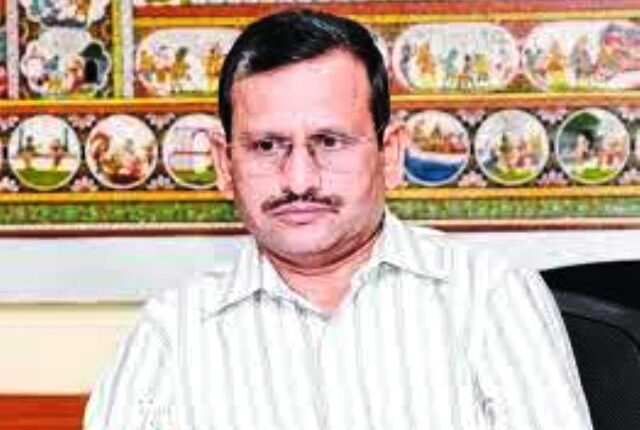 Bhubaneswar: Senior IAS officer Suresh Chandra Mohapatra was today appointed as the new Chief Secretary of Odisha. He will take over the charges from incumbent Asit Kumar Tripathy from come January.

Born at Kansar village in Deogarh district in 1962 Sri Mohapatra belongs to Keonjhar district. He passed matriculation from DN High School Keonjhar, B. Sc.  from Ravenshaw college in 1982 and MSc tech Applied Geology from ISM Dhanbad in 1985. Joined IAS in 1986  after brief stint in ONGC. After probation in Sambalpur district he was posted as Sub collector Nuapada in Kalahandi district for 2 years from 1988 to 90 Then after he served as ADM Puri followed by PD DRDA  Balasore and Mayurbhanj districts between 1990 to 1993.

Sri Mohapatra joined as first Collector of newly formed Bhadrak district in 1993 after the Riots. During serious Kandhamal riots the than Chief Minister  Biju Pattnaik posted him as Collector Kandhamal to manage the riots. During Naba Kalebar of lords in 1996, he was posted as Collector Puri, removed encroachment around Meghanad Pacheri and conducted Nabakalevar smoothly. Sri Mohapatra led Omfed as MD for about 6 years and launched many new products. He was entrusted with responsibility of CEO, CESU after the power company AES left suddenly. Then after he led GRIDCO as CMD for 3 years, became RDC Cuttack for 2 years. He was appointed as Chief Administrator of Puri temple for 3 years, Principal Secretary of energy department twice,  Principal Secretary in Water resources and Additional Chief Secretary Forest and Environment Dept for about 8 years.  During this time Sri Mohapatra very successfully started the trend setting innovative schemes like mega lift, deep bore well, check dams and eco tourism. These programs, because of their success and potential were replicated and up-scaled in successive years.

Sri Mohapatra was again posted  as chief administrator of Puri temple in 2015 for the second time during which he conducted Nabakalevar of the Lords. Presently, he is serving as Additional Chief Secretary and Development Commissioner and working chairman of Temple management committee. He was also sent to handle Kandhamal riots in 2007 and 2008 by the Hon’ble Chief Minister.