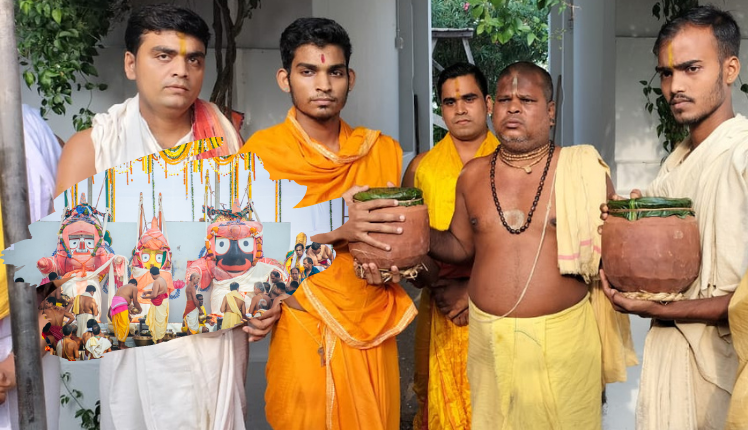 Know Inside Story Of ‘Phuluri Seva’ Which Heals Holy Trinity

Puri: The Holy Trinity of Puri Srimandir, who are, as per the long-standing traditions, expected to battle strong fever after the customary bathing ritual on Snana Purnima, will get a special herbal treatment inside the sanctum sanctorum!

As a part of the annual Rath Yatra fete, the deities will undergo ‘Phuluri Seva’ – a herbal oil treatment as part of a secret healing method, under the supervision of the Raja Vaida on the fifth day of the Anabasara period.

Traditionally, the Phuluri Seva is done on a particular day every year. This service was first introduced by Atibadi Jagannath Das, the author of Srimad Bhagabat. He was one of the contemporaries of Lord Chaitanya. For this service, Phuluri oil is used.

During Anasara rituals, the Phuluri oil is sent to the temple for treatment of the deities, who fall sick (fever) for 14 days after having a holy bath on Snana Purnima.

The Daitapatis (servitors of the deities during Anabasara period) apply this oil on the bodies of ailing deities. After completion of the ‘Seva’, the deities are offered solid food. Prior to this service, the deities consume liquid food as they are unwell.

Approximately 165 Daitas (servitors) are deployed in service of Lords. This is a very significant, mystic and phenomenal ritual of Sri Jagannath, Lord Balabhadra and Devi Subhadra. It is believed that with this herbal oil treatment, the deities recuperate effectively before beginning their annual sojourn to Mausi Maa temple famously called the Rath Yatra.

Presently, Lord Jagannath and his sibling deities, out of bounds for devotees are undergoing a fortnight of recuperation period after taking a luxurious bath on Debasnana Purnima.