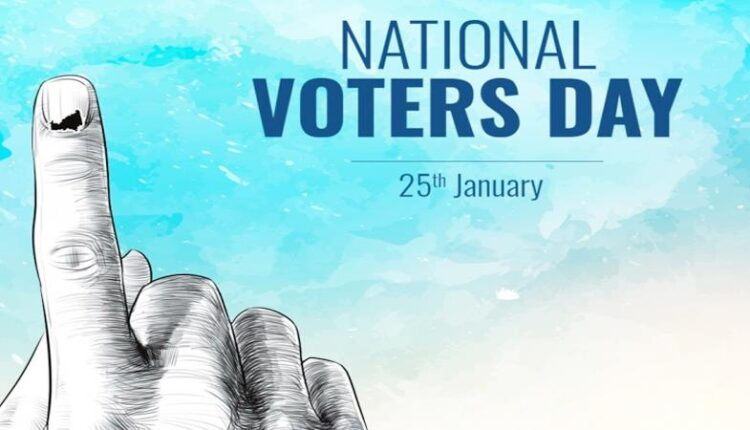 Know About The Significance Of National Voters’ Day

New Delhi: National Voters’ Day is celebrated on January 25 every year in India. It was first celebrated in 2011, and marks the foundation day of the Election Commission of India on January 25, 1950.

The main purpose of commemorating National Voters’ Day is the encouragement, facilitation and widespread enrolment of voters.

The day also aims to spread awareness about the electoral process among voters, and promote informed participation in the same.

National Voter’s Day was started for the very first time on 26th January 2011 to mark the Commission’s Foundation Day. The day came into existence with a meeting of Union Cabinet which was chaired by Prime Minister Manmohan Singh, after noticing that the new voters after obtaining the age of 18 (official age of voting), were showing less interest in getting enrolled in the electoral rolls.

The government after approving the Law Ministry’s proposal to this effect, Information and Broadcasting Minister Ambika Soni informed that the level of enrollment by new and young voters was as low as 20 to 25 per cent in certain cases. Hence, a decision to bring National Voter’s Day into existence was made.

Just like every year, the celebration of National Voter’s Day 2021 is based on a theme which says- “Making our voters Empowered, vigilant, safe and informed.” The awareness will be raised based on this theme pan India on 25th January 2021.