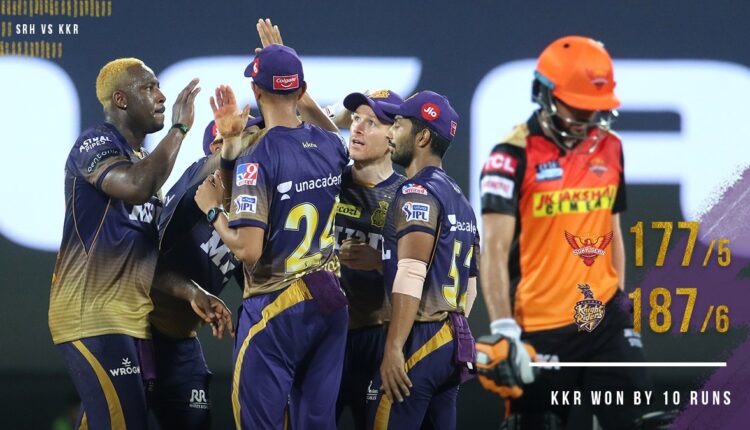 Bengaluru: Kolkata Knight Riders got off to a winning start in their Indian Premier League 2021 campaign as they defeated Sunrisers Hyderabad by 10 runs at the MA Chidambaram Stadium.

With the win, KKR took the second position in the IPL 2021 points table with two points and a Net Run Rate of +500. They are behind Delhi Capitals, who also won their first game and have a superior NRR of +779.

KKR put on a total of 187 runs with Nitish Rana (80) and Rahul Tripathi (53) being the stars of the show with the bat. It looked like SRH were going to chase it down easily when Jonny Bairstow and Manish Pandey were batting. But it did not happen as they failed to reach the target and could only manage 177 for the loss of five wickets.

SRH’s Rashid Khan (2/24) was yet again at his best, asking tough questions to the KKR batsmen but most of his bowling colleagues proved ineffective on a slow yet decent batting wicket.