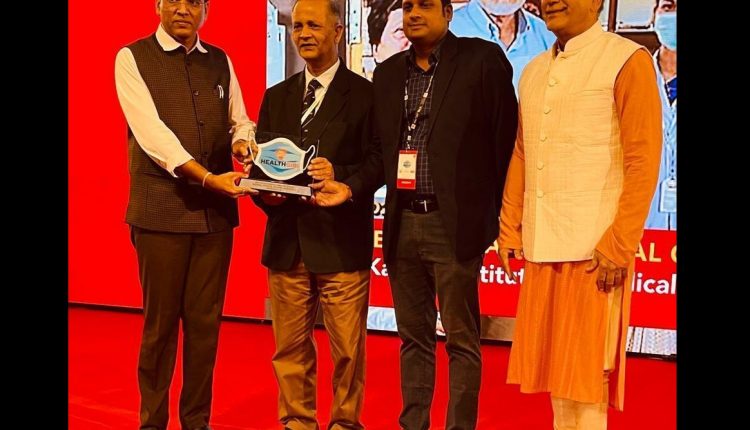 While Delhi’s Lok Nayak Hospital was awarded the best Government hospital for combating COVID-19, KIMS was among the top private hospitals in the country for the purpose.

The awards were announced by Randeep Guleria, Director of the All India Institute of Medical Sciences, New Delhi.

KIIT, KISS & KIMS founder Dr. Achyuta Samanta expressed his gratitude to India Today Group for choosing KIMS for the honour. He gave all credits to doctors, nurses, paramedical staff and health workers of the hospital. He also thanked the Odisha Government.

Among others, many dignitaries including Chairman and Editor-in-Chief, India Today Group Aroon Purie were present.

The Healthgiri Awards 2020 is the reincarnated version of the India Today Safaigiri Awards, held annually on October 2.