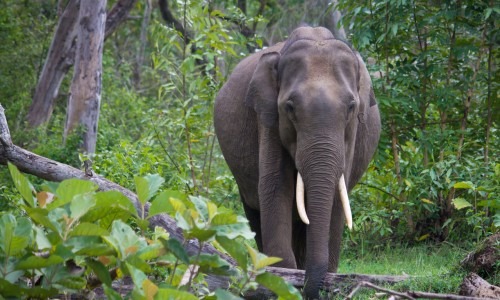 Athagarh: In another development regarding the ‘Killing’ of elephant in Narasinghpur, the forest department personnel have picked up two more persons for questioning.

Earlier, three persons were arrested in connection with the death of the elephant that had been rescued with multiple gunshot injuries in the Kholo Beat area of Narsinghpur West Range under the Athagarh Forest Division of Cuttack district.

During preliminary investigation it was learnt that they had shot the tusker as it was destroying their cashew cultivation and not for its tusk, explained Athagarh Divisional Forest Officer (DFO) Sudarsan Gopinath Yadav.

It may be recalled that a tusker of 8-10 years of age was rescued with multiple gunshot injuries at six different places of his body including the trunk, face and leg on June 7. Following the rescue, it was under treatment. However, the ailing animal succumbed to his injuries after struggling for life for 7 days.