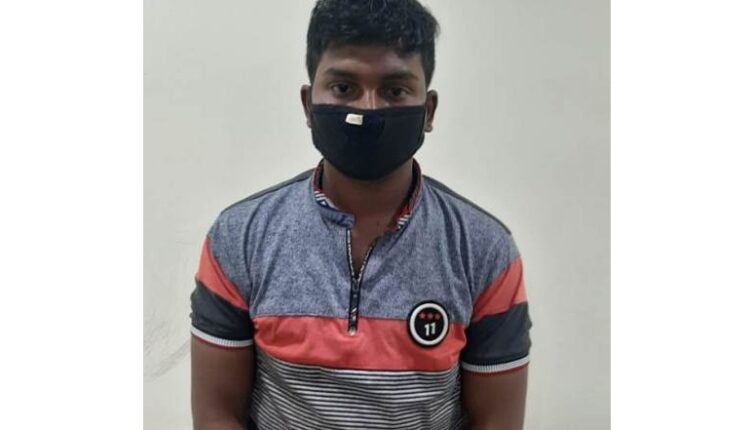 Khurda: A team of Special Task Force (STF) of the Crime Branch seized over 1 kg of brown sugar and arrested one person in this connection near Khurda Bypass on National Highway.

The accused has been identified as Sk Anwar of Khurda district.

According to sources, acting on reliable information, a a raid was conducted near the Khurda Bypass on the NH following which the peddler was apprehended.

During search, Brown sugar weighing 1 kg 310 Gms and other incriminating materials were recovered & seized from his possession.

Reportedly, he will be forwarded to the court soon.