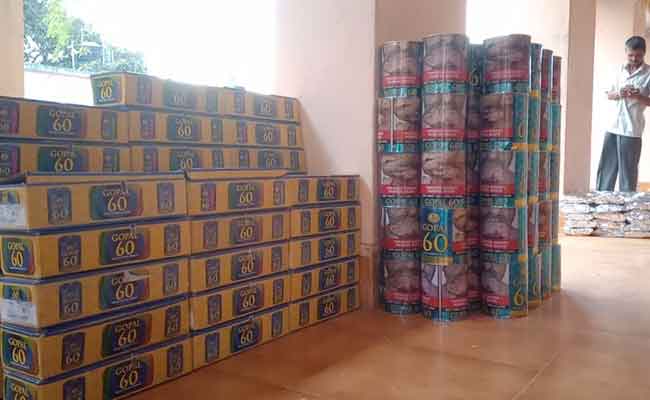 Acting on a tip-off, STF raided the house of one Manas Prusty in the district.

During the search, the police personnel seized a huge quantity of fake chewing tobacco or ‘zarda’. They arrested two persons from the spot for their alleged involvement in running the fake manufacturing unit.

The seized items include packets of popular zarda brands, pan masala and tobacco.

They have also seized duplicate cartons, packets and other machinery required for manufacturing the zarda.