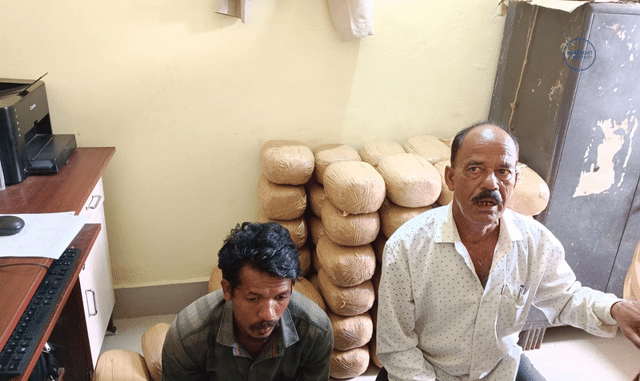 The accused persons have been identified as Sridhar Patra (66) of Akoi village in Delang of Puri Sujay Mallick (29) of Buduni village in Gajapati district.

The Excise Police today received a tip-off about the smuggling of ganja from Gajapati to Puri. Under the direction of Excise Superintendent Jhasaketama Bariha, a 10-member team led by Khurda Excise Inspector Bhairab Kumar Sahoo waited for the pick-up van at Chatrama Chhak.

When the cops tried intercepting the vehicle, the driver sped away towards Chatrama village. But the police chased him down. Police seized around 1.26 quintals of cannabis in packets and Rs 56,000 cash during the crackdown.

The two accused persons are under detention for interrogation and further probe into this is underway, said Khurda Excise Inspector Bhairab Kumar Sahoo.

SAFF U20 Championship Final: Head coach Venkatesh stresses on need to play together as a team

Five Of Family Killed In Road Accident In AP’s…