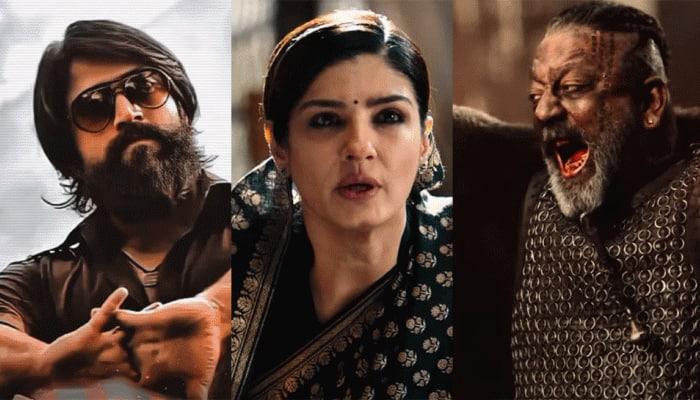 Hyderabad: The long wait is finally over as the makers of ‘KGF: Chapter 2’, on Sunday (March 27) unveiled the official trailer of the film, which stars none other than south actor Yash. The addition of Sanjay Dutt and Raveena Tandon and Prakash Raj to the cast of ‘Chapter 2’ had raised the expectation of the fans as they eagerly wait for the film to arrive on the big screen.

The action-packed, thrilling trailer sees Yash and Sanjay Dutt redefine war and violence. It is packed with high-octane action and fight scenes and it is raining bullets faster than one can blink. Raveena Tandon, through her limited appearance in the trailer, makes an impact that is hard to miss. The trailer is packed with whistle worthy scenes and dialogues.

KGF: Chapter 1, that had released in 2018, was a massive hit. The film featured Yash in the role of Rocky, a man adamant about fulfilling the promise he made to his dying mother — that he won’t die poor.