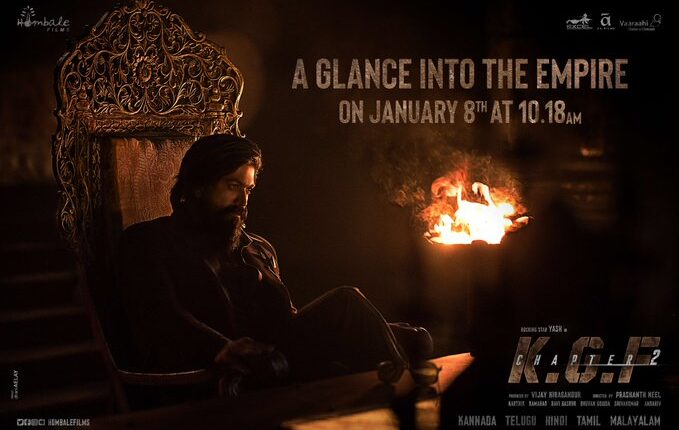 Hyderabad: Makers of Yash starrer KGF: Chapter 2 and Director Prashanth Neel took to Twitter yesterday and shared a group picture with Sanjay Dutt, Yash and team as they wrapped up the last schedule of the blockbuster franchise in Hyderabad.

Director Prashanth Neel also announced that he will release the teaser of his much-awaited movie KGF: Chapter 2 on January 8, 2021.

“A glance into the Empire. It might have taken a year longer for this, but we are coming stronger, bigger & deadlier!,” he wrote on his Twitter page, while making the announcement.

KGF 2 is one of the much-awaited films of 2021. The makers had scheduled to release the film earlier this year but due to lockdown, it got delayed. Finally, moviegoers have got a piece of good news from the makers. KGF 2 also stars Sanjay Dutt, Raveena Tandon, Prakash Raj and Srinidhi Shetty.

KGF: Chapter 2 stars Yash in the lead role. The two-part fictional mob drama traces the journey of India’s most dreaded criminal, Rocky. After losing his mother at a very early age to poverty and sickness, Rocky develops an insatiable urge for power. And his pursuit leads him to gold mines of Kolar, and a turf war ensues.

Northwest India likely to get relief from cold wave conditions