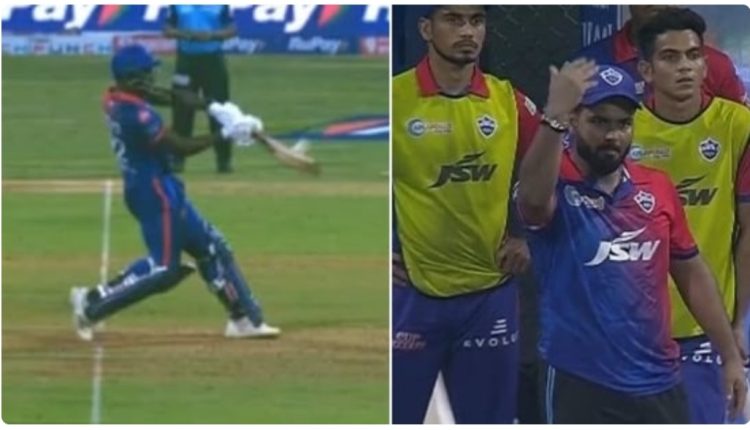 Mumbai: Jos Buttler notched up his third hundred of the ongoing IPL season to power Rajasthan Royals to a 15-run win over Delhi Capitals at the Wankhede Stadium on Friday. While the Englishman made headlines for his 65-ball 116 that was laced with nine fours and as many sixes, opposition skipper Rishabh Pant lost his cool in the last few minutes of the contest.

Former England captain Kevin Pietersen slammed Delhi Capitals captain Rishabh Pant for asking Rovman Powell to come back to the dressing room after an on-field decision went against his team during their match against Rajasthan Royals.

With 36 required off the last over, Powell smashed the first three balls of the Obed McCoy over for a maximum, reducing the target to 18 off 3 balls. However, the third ball of the over was a high full toss and the Delhi think tank reckoned that they were deprived of a no-ball that could have given them more cushion leading into the final three balls of the innings.

The on-field umpires refused to change their decision, following which the assistant coach of DC Pravin Amre was seen entering the field in an attempt to change the decision.

Pietersen, who is a part of the commentary panel of host broadcaster Star Sports went on air to voice his opinion about the incident.

“This is cricket, not football. You cannot be doing that,” said the former England captain when Pant was seen asking Powell to come back to the dressing room.

Reacting to Amre entering the field of play, Pietersen said, “You cannot enter the field.”

“Bad sportsman spirit on display by #DelhiCapitals. Cricket is a game of gentlemen and this behaviour is completely unacceptable,” tweeted Azharuddin.

Delhi Capitals captain Rishabh Pant feels the third umpire should have “interfered” to adjudicate on the no-ball non-call in the final over of Friday evening’s contest against Rajasthan Royals.