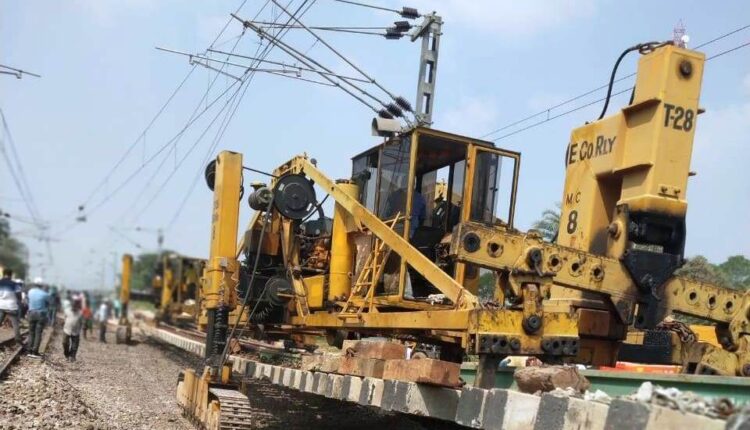 Bhubaneswar: After persistent hard work and dedicated efforts, the doubling between Kerejanga-Angul of 13.51 km has been commissioned on January 10, 2021. This is done in a record time, said the ECoR.

The CCRS has authorized to run the trains at a maximum speed of 100kmph for the new double line. This is a great achievement as getting 100kmph for a newly commissioned line is a rare event. By this completion, doubling between Rairakhol to Angul is now completed for Sambalpur-Talcher Doubling project. This is 85.3km out of 168.2 km of doubling.

On 08.01.21, a mega traffic block of 8 hrs was taken to connect UP existing mainline to R3 of Angul. The work involved heavy machinery to be deployed for cut and connection work. Excellent unison and synchronization was seen between different departments of Railways.

On completion of the NI work, speed trial with inspection special train fitted with OMS 2000 hauled by Electric Locomotive was conducted between Kerjung and Angul section at a maximum speed of 110 kmph. Based on the speed trials, inspections, and interpretation of OMS results and by utilizing the power delegated to the Chief Commissioner of Railway Safety, by section 28 of Indian Railway Act, the broad gauge line has been sanctioned for passenger and goods upto a maximum speed of 100 kmph.

General Manager, East Coast Railway, Vidya Bhusan, has congratulated the entire team for showing the determination and grit for the completion of the work.