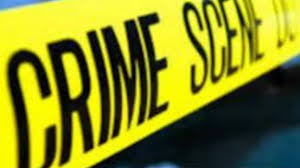 Keonjhar: Two minors including a girl were detained by the police in Keonjhar district for allegedly hacking an elderly woman to death on suspicion of practising witchcraft here.

According to sources, the two minors of Bholabeda village under Dhenkikote police outpost killed Kuni Munda (65) at her house with an axe on Wednesday night.

Reportedly, the accused minor boy suspected Kuni of practising witchcraft when his parents died a few days back. Meanwhile, the same thought occurred in the minor girl’s mind after her mother fell ill.

Irked over the misfortune, the duo planned to eliminate Kuni. Later, they barged into her house and murdered her.

On being informed, the police reached the spot and sent the body for postmortem. The two minors were detained and the axe used in the murder was seized.