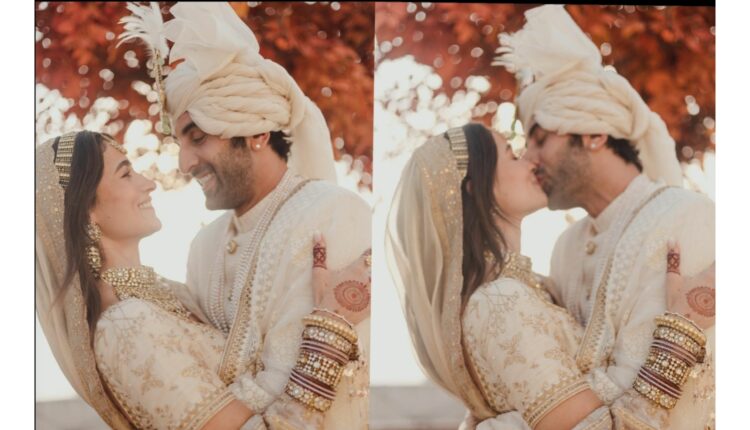 Mumbai: Alia Bhatt’s wedding post was flooded with comments from her famous friends soon after she shared it on Thursday; among them was a message from Katrina Kaif, Ranbir Kapoor’s ex-girlfriend.

Ranbir and Alia married on April 14 in a private ceremony attended by family and close friends. After the wedding, Alia shared pictures from the ceremony on her Instagram. In the comments thread, Katrina Kaif wrote: , “, “Congratulations to both of u. All the love and happiness.”

Alia Bhatt and Ranbir Kapoor fell in love with each other on the sets of Ayan Mukerji’s upcoming film Brahmastra. The couple dated for almost four years before taking a plunge and tied a nuptial knot at Ranbir’s Vastu house.