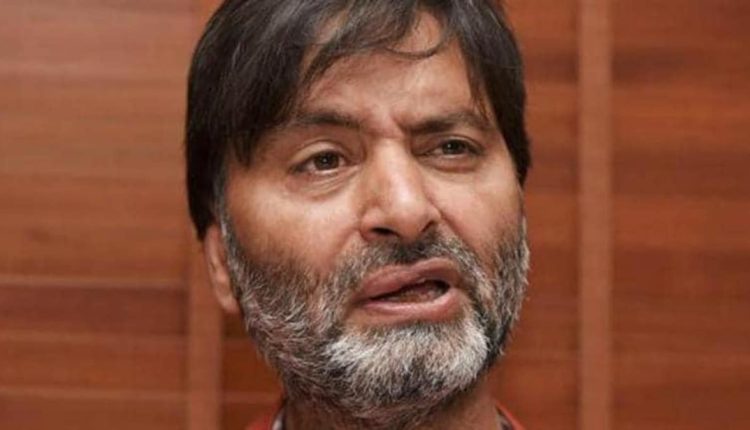 New Delhi: Kashmiri separatist leader Yasin Malik on Tuesday pleaded guilty to all the charges, including those under the stringent Unlawful Activities Prevention Act (UAPA), before a Delhi court. The case is related to alleged terrorism and secessionist activities in the Kashmir valley in 2017.

Malik reportedly told the court that he was not contesting the charges levelled against him, including section 16 (terrorist act) and section 17 (raising funds for terrorist acts).

The court will hear the matter again on May 19 and decide the quantum of sentence levelled against Malik.

Malik was also charged with Section 18 (conspiracy to commit terrorist act), and 20 (being member of terrorist gang or organisation) of the UAPA and sections 120-B (criminal conspiracy) and 124-A (sedition) of the Indian Penal Code.

The chargesheet was also filed against Lashkar-e-Taiba (LeT) founder Hafiz Saeed and Hizbul Mujahideen chief Syed Salahuddin, who have been declared proclaimed offenders (PO) in the terror case.