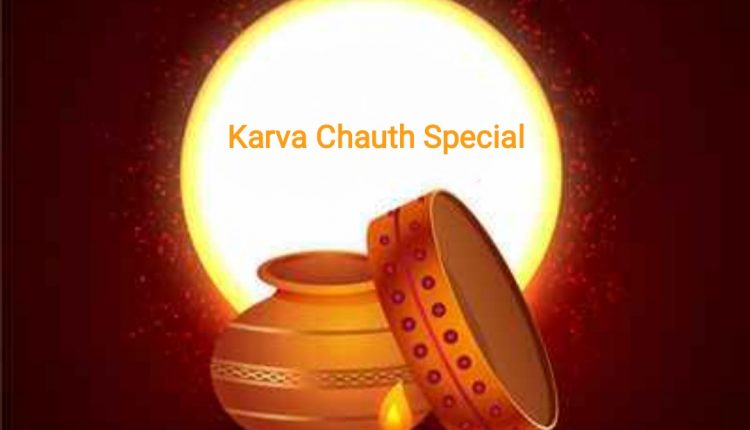 Karva Chauth Special: Here’s A Playlist Just For You

Mumbai: Karva Chauth is an auspicious occasion that has been inspiring Indian women for years.

As a country, this festival holds a special place in Indian tradition which is also reflected in Hindi films for years now.

They have been hordes of songs that capture the romantic aspect of the occasion.

Here is a Karva Chauth 2021 playlist:

Bole Chudiyan – Bole Chudiyan from Kabhi Khushi Kabhie Gham can never go out of trend when it comes to capturing the festival in an enormous way.

Chand Chhupa Badal Mein – The soothing lyrics and tempo of the song from Hum Dil De Chuke Sana is all about romance and intimacy. Moreover, the impeccable acting of Aishwarya Rai and Salman Khan just adds up to the aura of the festival.

Yoon Shabnami – This beautiful number has Ranbir Kapoor and Sonam Kapoor in the centre of his magical sets. While the mellow track leaves audiences light-hearted, the lyrics about the moon turns your heart mushy.

Sajna Hai Mujhe Sajna Ke Liye – Karva Chauth is the day when all the ladies doll up in the traditional red ‘suhag ka joda’ for their husbands.

Chand Ne Kuch Kaha – Starring Shah Rukh Khan, the King of Romance, the lyrics of the track is all about passion for love.