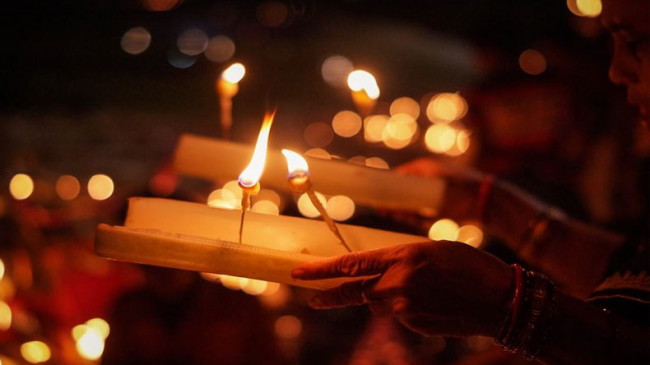 New Delhi: Kartik Purnima, the fifteenth lunar day of Kartik(November- December) the month is one of the auspicious days for Hindus, Sikhs, and Jain followers. Kartik Purnima is also known as Tripuri Purnima and Tripurari Purnima. It is also called Deva-Diwali or Deva-Deepawali, the festivals of lights of the gods. This year, the festival of Kartik Purnima will be celebrated on November 30.

Kartik Purnima is an important religious day for Jains who celebrate it by visiting Palitana a Jain pilgrimage centre. Thousands of Jain pilgrims flock to the foothills of Shatrunjay hills of Palitana taluka on the day of Kartik Purnima to undertake the auspicious Yatra (journey). Also known as the Shri Shantrunjay Teerth Yatra, this walk is an important religious event in the life of a Jain devotee, who covers 216 km of rough mountainous terrain on foot to worship at the Lord Adinath temple atop the hill.

Considered to be a very auspicious day for Jains, the day also assumes more significance for the walk, as the hills, which are closed to the public during the four months of Chaturmas,[3] are thrown open for the devotees on Kartik Purnima. The day of Kartik Purnima is very significant in Jainism. As devotees are kept away from worshipping their lord for four months of the monsoon season, the first day attracts the maximum number of devotees. Jains believe that Adinath, the first Tirthankara, sanctified the hills by visiting it to deliver his first sermon. According to Jain texts, millions of sadhus and Sadhvis have attained salvation on these hills.

In Sikhism there are no auspicious days in any month; the day or moment a person remembers the Divine is considered auspicious. Guru Nanak was born on 1 Vaisakh, April 14, according to the (Sikh) Nanakshahi calendar. It happened to be a full-moon night.[14]Nanakpanthi Hindus and other followers of Guru Nanak’s philosophy celebrates this festival on Kartik Purnima, according to the (Hindu) Bikrami calendar. Kartik Purnima is celebrated as Gurupurab or Prakash Parva is Guru Nanak Jayanti Worldwide.

Amazing Tricks That Will Make Your Nail Polish Dry Faster