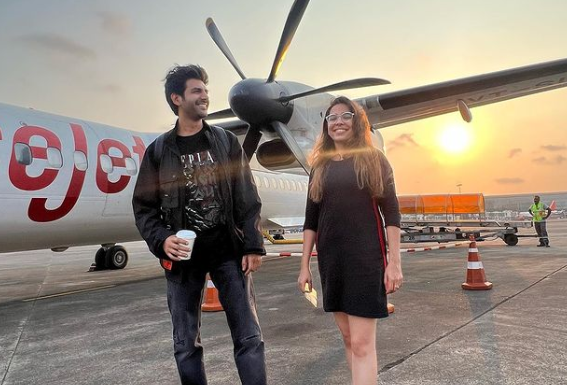 New Delhi: Kartik Aaryan is one of the most popular actors in Bollywood. The actor made his debut in the industry with the 2011-released film Pyaar Ka Punchnama. He often shares hilarious and highly relatable posts with his family members on his official Instagram handle.

Recently, Kartik Aaryan shared a throwback picture with his sister Kritika Tiwari on his Instagram page. Sharing the picture he wrote “My fav travelling partner”.

In the picture, the brother-sister sets major sibling goals with the picture, in which they are seen twinning in black.

On the work front, Kartik Aaryan will be next seen in Shehzada, the upcoming Bollywood remake of Telugu blockbuster Ala Vaikunthapurramuloo. The movie, which features Kriti Sanon as the female lead, is slated to hit the theatres in February 2023.