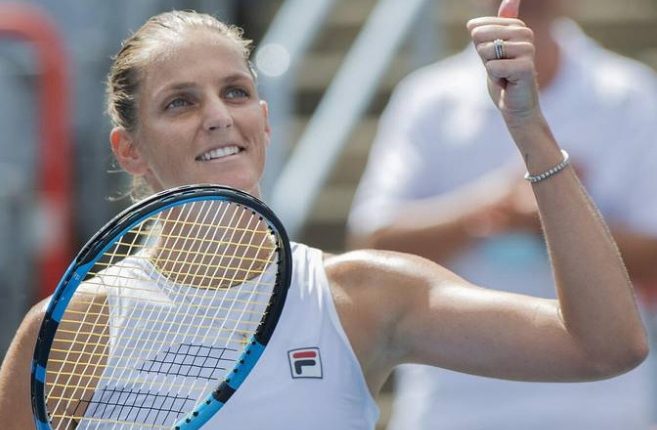 Montreal: Karolina Pliskova of the Czech Republic will face Camila Giorgi of Italy in the finals of National Bank Open. While Pliskova beat top-seeded Aryna Sabalenka of Belarus with 6-3, 6-4 scorline to reach the final, Giorgi defeated Jessica Pegula.

Pliskova won the last of her 16 WTA Tour titles in 2020 in Brisbane. Last month, she beat Sabalenka in the Wimbledon semifinals, then lost the final to Ash Barty.

Giorgi, 71st in the world, had four aces and saved seven of 10 break points. She has two career victories, the last in 2018 at Linz.

Pegula, the daughter of Buffalo Bills and Sabres owners Kim and Terry Pegula, won her lone WTA Tour title in 2019, beating Giorgi in the Citi Open final in Washington.