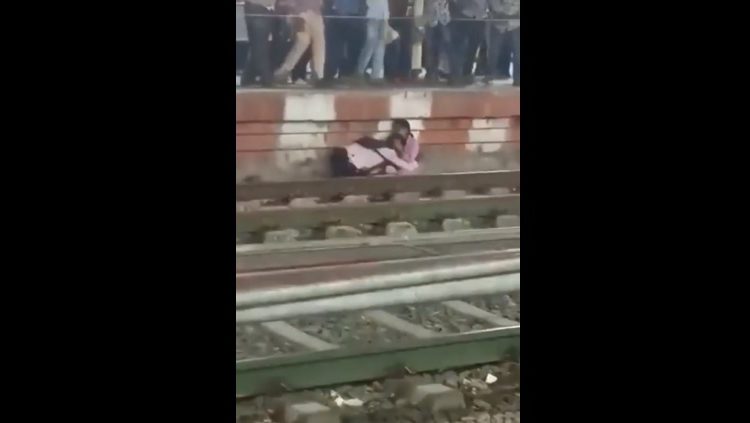 Kalaburgi: A woman and her son narrowly escaped being run over by a train when she and her son tried to cross the tracks.

As per sources, the incident was reported at Kalaburgi railway station where the mother-son duo was crossing the railway track to reach the platform.

Meanwhile, a train came running on the same track. Unable to climb over the platform, both of them sat by its wall waiting for the train to pass through.

A video of the same has gone viral. In the video, the boy was seen sitting close to the platform wall hugging his mother as the train passes over them.