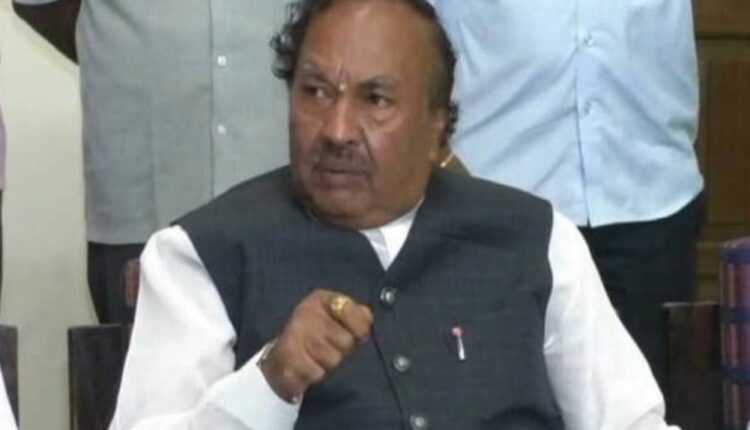 Bengaluru: Karnataka minister KS Eshwarappa, caught in a huge controversy following allegations of corruption and a role in the suicide of a contractor, said he will step down from his post.

“Tomorrow I’m handing over the resignation letter to the Chief Minister. I thank you all for co-operation,” he told reporters yesterday. “I decided to resign because I don’t want to put in an uncomfortable situation those who helped me rise to this position, such as seniors in the party, Chief Minister Basavaraj Bommai and our national leaders,” he added.

Eshwarappa was also not willing to step down, and expressly told reporters that if “they are asking for my resignation, I won’t give one”.

Contractor Santhosh Patil, who made the corruption allegations against him in his last WhatsApp messages to friends and political leaders, had reportedly marked them to Prime Minister Narendra Modi as well.

The controversy has given the state’s opposition Congress a strong handle against the ruling BJP ahead of the assembly elections that are due by May 2023. The Congress has demanded not only Eshwarappa’s resignation, but also his arrest over the corruption case.

Severe waterlogging in parts of Bengaluru after heavy rain