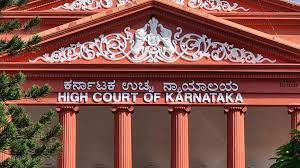 Bengaluru: Hearing the hijab row, the Karnataka High Court on Thursday ordered that no religious symbols are allowed for the students until its final order, thus ruling out use of both hijab and saffron shawls in school and college premises.

“We want to make an interim order on the matter of hijab row. We will hear the matter every day,” the Chief Justice stated.

Peace has to return to the state, and schools and colleges must open soon, the bench said, adjourning the matter to Monday.

Earlier, while hearing the arguments, the Chief Justice told Advocate General Prabhuling Navadagi to open schools in the state.

“Closure of schools is not a good development. Take necessary action and conduct classes. See to it that no problem surfaces,” he stated.

Amid tensions, the state government on Tuesday announced a three-day holiday for schools and colleges.

During the hearing, senior counsel Sanjay Hegde, appearing for a petitioner, submitted that the Karnataka government has no right to frame rules on uniform, as per the 1983 Karnataka Education Act.