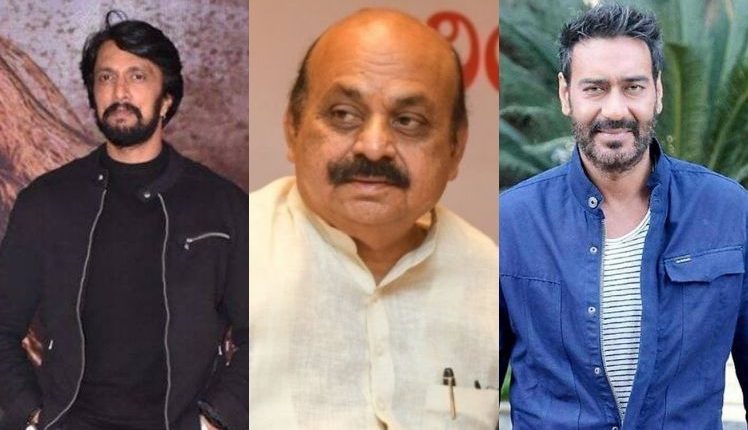 Bengaluru: Karnataka Chief Minister Basavaraj S Bommai has now come out in support of Kannada actor Kiccha Sudeep after a row erupted over the national language.

Following this, CM Bommai said, “Our states were formed because of languages. Regional languages have been given importance. Sudeep’s statement is right and everyone should respect that.”

Bollywood superstar Ajay Devgn took a sarcastic dig at Kannada superstar Kiccha Sudeep after the Vikrant Rona actor said ‘Hindi is no more a national language’.
Ajay tweeted in Hindi, and a part of it can be translated as ‘Hindi was, is and always will be our mother tongue and national language’. Twitter is divided by Ajay’s statement.

South star Kiccha Sudeep, in an exclusive interview with KarnatakaTak, said that “Hindi is no more a national language.” This comes in the wake of South films breaking records at the box office. Following this, Ajay Devgn hit back at Kiccha Sudeep on Twitter in Hindi.

Odisha May Get Slight Relief From Heatwave Under Norwester Influence