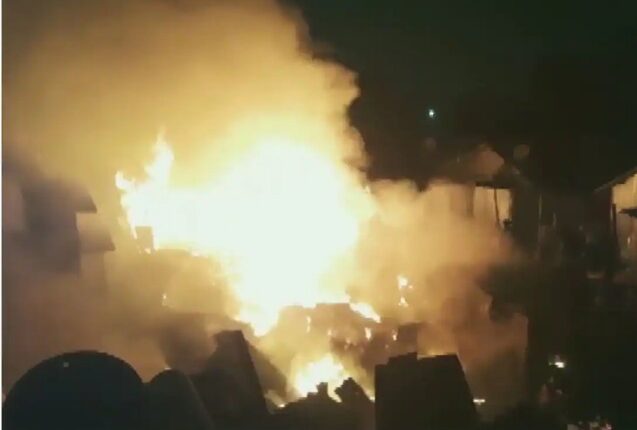 Karnataka: 8 Dead in Dynamite Blast At Quarry in Shivamogga

Bengaluru: At least 8 persons were killed in an explosion at a stone mining quarry in Karnataka’s Shivamogga district.

The massive explosion took place near gravel and boulder crushing facility around 10.30 pm, sending shockwaves not only in Shivamogga but also in neighbouring Chikkamagaluru and Davangere districts.

The victims were reportedly transporting the explosives meant for mining when the incident happened. The vehicle was badly mangled and the bodies of the victims were dismembered beyond recognition.

Senior district and police officials including the superintendent of police of Shivamogga have rushed to the spot.